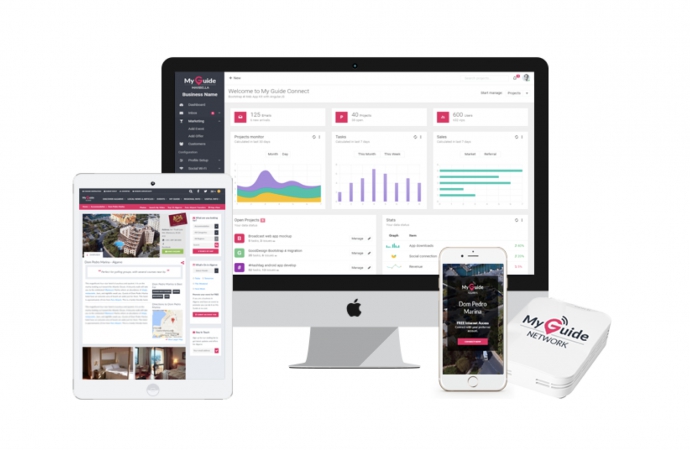 New tourist platform is installed in the country

New tourist platform is installed in the country

The international tourism promotion platform My Guide Network has included Panama among the 60 countries and the 120 destinations that it promotes globally.

"We are currently developing the content of Panama to present it to our users worldwide", Alexander De Mondey, regional director, told Capital Financiero.

He explained that "what our guide does is sell Panama from the inside out, like a local guide, in such a way that we offer the best that Panama can show".


The page for the country can also be accessed through My Guide Panama, which already has a traffic of 625,000 people.


De Mondey indicated that Panama will be the center of operations, from where the countries of South America, Central America, and the United States (EU) will be covered.

The main headquarters of My Guide Network is located in England and maintains traffic of 2.5 million users per day.


He stressed that "Panama is a more interesting destination than Costa Rica, but less exploited and less exhibited".


For her part, Anna Okraska, director of Business Development and Implementation of My Guide Panama, indicated that they also have a section where information on each province is published so that users know everything about the country, including the events that take place, on holidays, the places where you can find free Wi-Fi networks, the location of ATMs and up-to-date photo galleries.

However, he pointed out that it has been difficult for him to contact the directors of the Panamanian Tourism Authority (ATP) to establish greater coordination on how to present the country to future visitors.

De Mondey and Okraska are working directly in Panama, since last September, developing the content, along with six other collaborators.


"The key point is that from Panama we will develop other countries ”, said Okraska.


2019 will be the year to promote tourist sites outside the capital city, such as Isla Coiba and Boquete, and to work with the ATP, they detailed.